After its successful third installment, Cobra Kai is already beginning to prepare for its fourth season 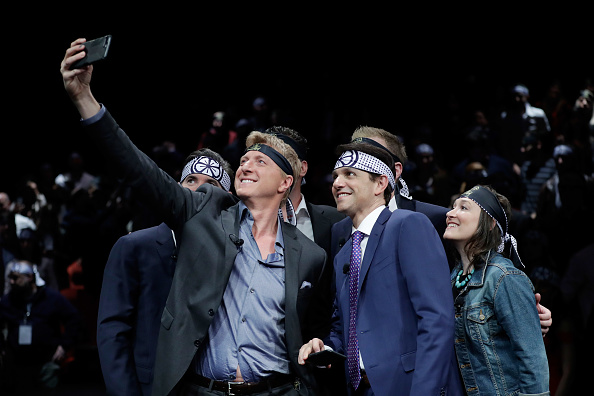 The third season of Cobra Kai premiered on January 1 on Netflix. Unsurprisingly, fans were done with the new installment in the blink of an eye. After the great surprises and moments that the third installment gave, many wonder when the series will return with its new season.

The truth is that Cobra Kai’s creators are already thinking about the next batch of episodes, whose filming must take place in this challenging time.

We expect that by the beginning of 2021, we will already be immersed in its production. Now we’re just making sure the story makes sense and the scripts are trustworthy so that the moment we get the green light, we can start shooting. The best thing is we already have scenarios built. Things that used to be locations are now reproduced in sets, so by the time possible, and we’ll be ready to get down to business with very little preparation.”

Will there be spin-offs?

Jon Hurwitz, also co-creator and executive producer, revealed that at the moment, what they have are “plans for several more seasons,” but that the conversation with Netflix is ​​constant. “As we started scripting of Season 1, we were certainly clear about where the things will initially end, but we never had the intuation how long it will take to reach the point of the ending. Now we’ve written Season 4, or most of it, and we have ideas beyond that for what is going to be an ongoing dialogue with Netflix. ”