Harry Potter: List Of Best Games On The Magical World Of Wizards

It seems like yesterday, but it’s been 23 years since Harry Potter and the Philosopher’s Stone hit UK bookstores. Little did its author, Joanne Rowling (JK Rowling), imagine that “the boy who survived” would become the greatest phenomenon of … It seems like yesterday, but it’s been 23 years since Harry Potter and the Philosopher’s Stone hit UK bookstores. Little did its author, Joanne Rowling (JK Rowling), imagine that “the boy who survived” would become the greatest phenomenon of the last decade.

With seven novels, two spin-offs, a short story and ten films, the adventures of Harry Potter at Hogwarts School of Witchcraft and Wizardry have conquered the hearts of children and adults alike.

But the huge success of the books not only meant their film adaptation: we have also had a good portion of Harry Potter video games. Each film was accompanied by a new game, although they were not necessarily adaptations of them.

And although the story of the young magician and his friends Ron and Hermione ended years ago, we will always remember the good times they put us. So, today we woke up wanting to leave the muggle world behind and travel to the darkest corner of Diagon Alley, where the seven Horcrux is hidden. 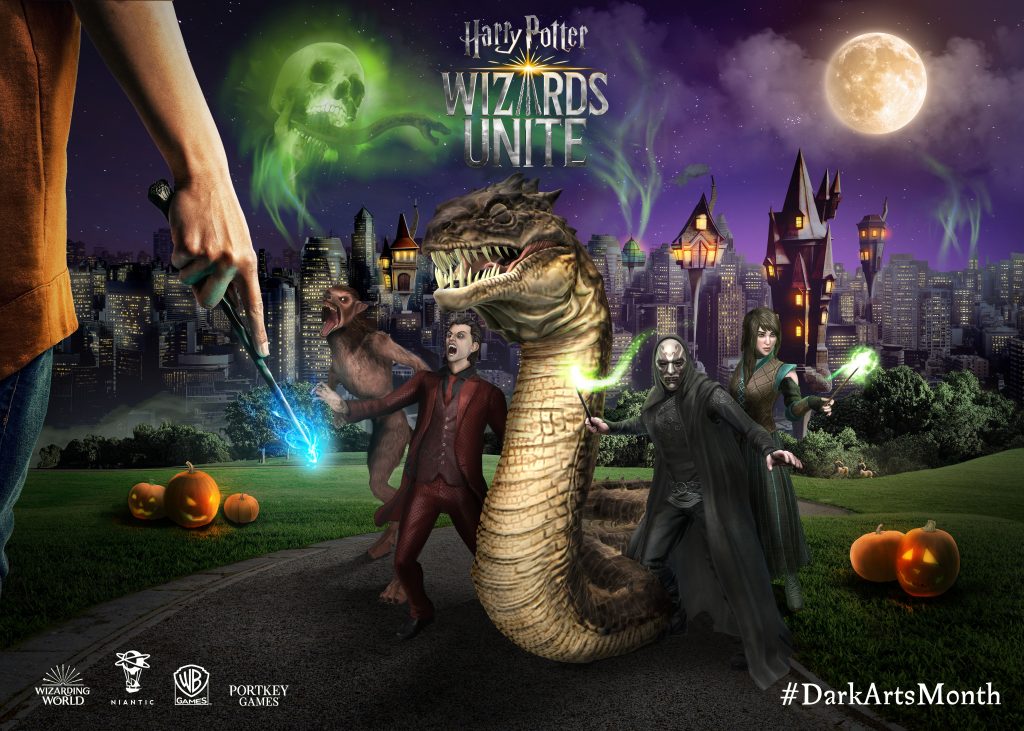 Given the mess the Deathly Hallows, Part 1 and Part 2 games turned out (who was the genius who thought the Gears of War game system fit in with the Harry Potter universe?), The title based on the sixth movie/novel, Harry Potter and the Half-Blood Prince, was the last decent game by the young wizard.

We can explore Hogwarts, as if it were a sandbox, looking for secrets, dueling with other students and participating in fun mini-games (potions, Quidditch). An adventure that fans will love, albeit slightly inferior to its predecessor.

Speaking of the King of Rome, After the fiasco caused by the Harry Potter and the Goblet of Fire video game (curious, given that it is one of the books/films that most lent themselves to offering a good title), EA surrounded himself with fans of the saga to try to get the final game.

The result was a return to the roots of the franchise and what is most likely the best virtual representation of Hogwarts to date. It is a pleasure to tour the castle and visit emblematic places, such as the Great Hall or the Gryffindor Common Room, while we discover secrets and improve the power of our spells. And all this, accompanied by the incredible soundtrack composed by James Hannigan.

Harry Potter and the Prisoner of Azkaban (GBA)

The aforementioned is a modified variant game of Harry Potter. While the console and PC installments used to be adventures with a touch of puzzles and action, the Game Boy Color versions of The Philosopher’s Stone and The Secret Chamber were RPGs in true Final Fantasy style.

The Game Boy Advance version of Harry Potter and the Prisoner of Azkaban kept the style, improving exploration and adding new options and spells.

Virtually every Harry Potter game includes a Quidditch minigame that is just that: a minigame and they rarely manage to make us feel the thrill of flying on a broomstick. Luckily, and to solve the problem (Hedwig) with one stroke, the magnificent Harry Potter: Quidditch World Cup was launched, a game focused exclusively on the most popular sport in the magical world.

Whether competing for the Hogwarts House Cup or the Quidditch World Cup, we played intense matches from all positions on the team (Hunters, Punchers, Guardian and Seeker), executing combos and acquiring new skills through trading cards.

Harry Potter and the Prisoner of Azkaban (Playstation 2, Xbox and GameCube)

Harry Potter and the Prisoner of Azkaban is probably the high point reached by games based on the JK Rowling stories. This installment returned to present a predecessor: exploration, puzzles, battles and a Hogwarts that we could travel freely and that grew as our repertoire of spells increased.

But the most interesting novelties were also added, such as the possibility of alternating between the three protagonists at any time or being able to fly over the castle on the back of a hippogriff. It is almost certainly the best Harry Potter game.

There was nothing in the starry sky that night that made one suspect the strange and mysterious things that were going to happen soon.

It is reading that phrase and feeling a chill. Does nostalgia blind us? Or is Harry Potter and the Philosopher’s Stone really for PlayStation the best Harry Potter game ever created? Before its release, we had only known magic through the pages of books or on the movie screen, but literally put ourselves in the shoes of the chosen child and tour Hogwarts, go to Defense Against the Dark Arts class or fight against Malfoy and his thugs.

In addition to exploration, combat, platforming, and block puzzles, it included mini-games (Gringotts’ sweat made us sweat) and a number of secrets (did you get all the famous wizard and witch stickers?). To top it off, the soundtrack, composed by Jeremy Soule was at a very high level, and rivals in quality with that of the movies.

LEGO Harry Potter Collection unites both games in the same “pack” for PS4, Xbox One and Nintendo Switch, which also includes two packages of downloadable content on the disc, such as one of the characters with Godric Gryffindor, Harry (Christmas dance), Helga Hufflepuff, Lockhart (straight jacket), Luna (lion’s head), Peeves, Hermione (pink dress), Ron Weasley (demon), Rowena Ravenclaw and Salazar Slytherin; as well as other spells that include Cantus, Densaugeo, Patolifors, Melofors, and Tentaclifors.

And of course, we can’t forget about the presence of the Harry Potter universe in Lego Dimensions. Warner’s game for PS4, Xbox One and Wii U compatible with Lego NFC figures.

After the premiere of  Fantastic Beasts and Where to Find Them, their magical world also came to  LEGO Dimensions. In this fun trailer, you can see what the adventures of the magician  Newt Scamander and his friends are like in LEGO Dimensions.

The LEGO Dimensions is available for PS3, PS4, Xbox 360, Xbox One and Wii U and that it allows us to merge several of the most famous universes of cinema and television.

This game for mobile devices leads us to become Hogwarts students many years before Harry arrived at school, being able to live new adventures and meeting beloved characters along the way, such as Tonks, in his early days.

After the fantastic success of Pokémon GO, its creators, Niantic, decided to take the pocket monster capture game formula and apply it to the “Potterverse”. The result was Harry Potter Wizards Unite, an augmented reality game for mobile devices that invites us to become Hogwarts students and go outside to disenchant objects, confront fantastic creatures, learn new spells.

A video with the gameplay of a new Harry Potter game with a fabulous look leaked a while ago. According to the leaked information, it is an open-world Harry Potter RPG game developed by Avalanche Software that will arrive on PS5 and Xbox Series X in 2021.