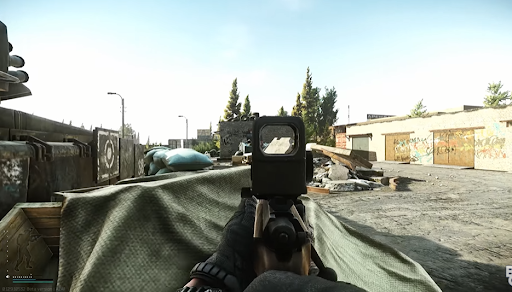 Many gamers love this game because it pits you against human and non-human-controlled foes that you must outsmart. Also, the game has other challenges, such as surviving from hunger, high blood pressure, and dehydration. So it is an all-encompassing game that keeps players rooted for many hours.

But the ultimate goal is usually to escape from the conflict in the land of Tarkov. If you don’t know how to move, loot, fight and ultimately escape, you will die and lose everything. That’s why beginners often struggle at first unless they use proven EFT hacks to simplify the game. Also, if you employ the tips we have below, your performance will improve, and you can make it successfully to the extraction points.

So, if you’re ready, learn everything you need to survive EFT

EFT Guide and Tips for Beginners

Escape from Tarkov is a first-person shooter game that players must fight for their survival while on the map and finally reach an extraction point to escape. The map will contain both player-controlled characters and AI-controlled characters who fight to outsmart one another. EFT has some game modes, such as the Offline mode, PMC raids, and SCAV raids. Players can join the raids solo or spawn as groups to fight their ways towards escaping.

Amongst the modes, the SCAV raids are easier than the PMC. In the former, you will use standard weapons, but in PMC, you will use your specialized weapons. However, dying in PMC raids means losing everything while the SCAVs don’t lose anything if they die instead, they’ll wait for the cooldown timer to enable them to respawn into the game. Also, the raids last from 15 to 45 minutes and vary from map to map.

Also, players can loot for armor, equipment, and firearms while on the raids. They can also buy these items from the flea market. Moreover, players have access to an underground shelter which they can upgrade with the items they acquired through raids or purchases. When they do that, they can store their unique items in the shelter and use what they need for raids. Also, when players upgrade the shelter, they can earn bonuses from the game.

When it comes to escaping, there are extraction points all over the maps through which players can leave the land of Tarkov. There are main ones and some optional ones that players can consider if they meet the requirements to use them. So, as you play this game, keep moving to the extraction point you want to use. Then once you reach it, wait for the countdown timer to get to zero for your extraction to occur.

One of the safest raids to join in the beginning is the Scavenger raids. Many people may not like that they’ll use standard weapons and nothing special. But at least you can gather amazing loot items, including firearms, and build your stash. Remember, if you die as a SCAV, you’re not losing anything but even respawning into the game. So, take that opportunity to gather goodies and stock up your shelter for more PMC raids.

This is very important to take care of before doing other things. Find out the point where you’ll love to be extracted from to ensure a more intentional play. Do you know that some points are accessible at all times while some are only open for specific times? Also, if you decide to use the optional ones, you must prepare to meet the requirements when you get there. So, ensure that you know this things before much playing.

Professional players will emphasize protecting your items, especially when you join the PMC raids. This is because anything you enter the raid with and die remains there and won’t come out with you. So, when going, always take the few things you might need and leave the rest in the shelter for future raids.

If you don’t want to lose what you’ve suffered to gather, then use the insurance system to your advantage. This action will protect your gear even if you die in the game. At least, you will have the chance to get them back if other players didn’t stumble upon them in the game. The things you can save under insurance includes items case, weapons, armor, key tool, keys, etc. But you can insure ammo, food, or meds. The popular insurers include Therapist and Prapor. But many people love Therapist because she returns your items faster even though using her is costlier than Prapor.

If you want to escape from the land of Trakov, you need to play carefully and calculatedly. The raids are safer to join as a SCAV at the beginning so you can gather good items. Also, make sure that you insure the items you love to avoid losing them entirely. Finally, don’t forget to save some of your items when going into a raid. Your shelter is there, so stock up and use your gears wisely.