How to make a lead in Minecraft? 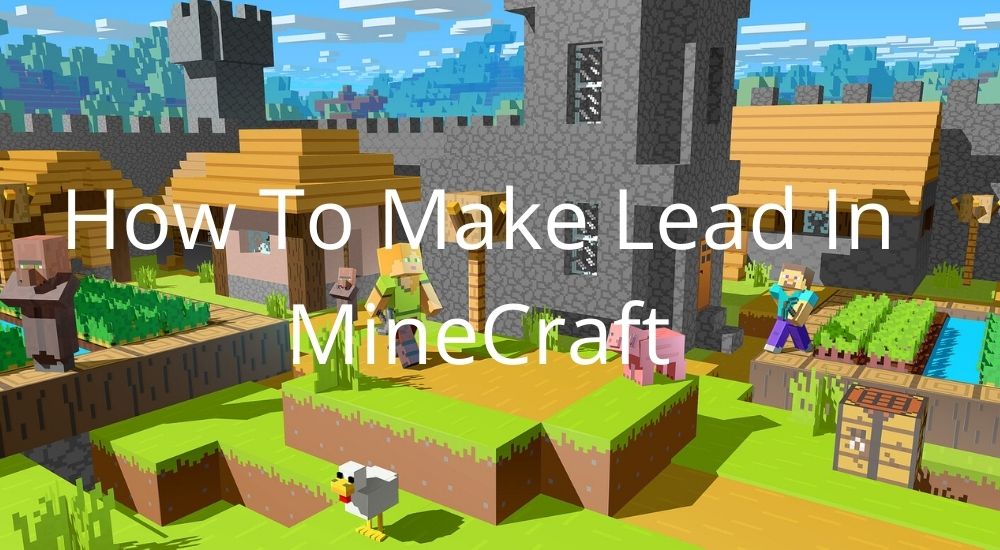 Hello there, fellow Minecraftians! Are you a die heart fan of Minecraft?

If yes, then this article is for you. When you go on an adventure far beyond the lands looking for slime and swamp, you get down your horse and walk into marshlands. In the end, you successfully find slimeballs and make way towards your horse, but, you cannot find your horse.

In this article, we will show you how to use a lead in Minecraft and keep your favorite horse in one place.

With the help of lead, you can keep not only your horse but dogs, cats as well as cats in check. Now, you can tie any mob you want in any spot with the help of quick and easy steps mentioned in this article. Happy reading!

In Minecraft, a lead is a rope that a player can use a leash or tie a mob to a fence post. After tying a lead to a mob, a player can move the mob.

Besides, the other end of the lead can be tied to a fence that can keep the mob from running away as well. In this article, we will help to learn Minecraft horse leads, so keep reading.

Did you know that lead can be created in various versions of Minecraft?

A player can use a lead to attack the mob, and also keep the mob in place or move the mob around. The player can also tie the other end of the lead to a boat or a fence post. Moreover, the lead allows the mob to roam around a limited area.

The mob can walk within the maximum limit of five to ten blocks. The player who uses Java Edition can also easily break the lead by right-clicking. They can also use buttons applicable to the mobile edition or the console.

The best use of leads is by using it for horses. Suppose you don’t have a horse saddle to ride a horse, then you can use a lead to move the tamed horse wherever you want.

A player can use leads to tie the horse to a dungeon, case, or a building when they are inside or else make realistic horse stables. Apart from that, a player can use the leads to leash mobs, which include Horse, Mule, Pig, Wolf, Cat, Donkey, Sheep, Llama, Chicken as well as Fox.

We have listed a step by step method of Minecraft how to craft a lead below. Follow all our instructions, if you want to complete your game.

So, without further ado let’s explore more about the topic.

A player will need one slimeball and four strings. Slimeball and strings drop from fallen slimes that are discovered bouncing around in the dark within the swamp biome and drop from cats, found in chests, cave spiders, and fallen spiders respectively. A player can put one slimeball as well as three strings in the Minecraft lead recipe.

Minecraft Brown Horses are mostly discovered in herds while eating grass in Savanna biomes and Plains. It is not necessary to tame a horse to use as a lead.

So instead of using a horse, a player can leash a passive mob. However, some users use a horse for this specific guide.

Also Read:Epic Games Wants Fortnite To Go Back To Apple

How to make a lead in Minecraft?

In the crafting grid, the player needs to insert all the ingredients. Keep one thing in mind that the pattern makes a strange arrow that will point to the top left corner of the mobile or pc screen.

Step 1: In the first step, open your crafting table.

Step 2: Put each string in the top as well as the middle within the left column.

Step 3: Next, put one string into the highest square within the middle column.

Step 5: Put one string into the underside square within the right column.

Step 6: Next, the player can drag the two leads down into their inventory.

Step 7: For the additional leads, you can repeat the same steps. How to use a lead in Minecraft?

Step 1: One can easily and quickly tie a mob. Select the inventory and drag the lead down into the Hotbar and choose it.

Step 2: Perform the following steps carefully to leash your mob.

Step 3: You can untie the lead by right-clicking on the horse if you are using pc.

Above we have shown you how to make a lead in your favorite game. Now your horse won’t leave you aground in the land. So go and follow our methods and change your game. Also, share this article with other Minecraft lovers as well. Let us know when the steps help you to keep a leash on your mob. Come back to our website again for more articles like this!